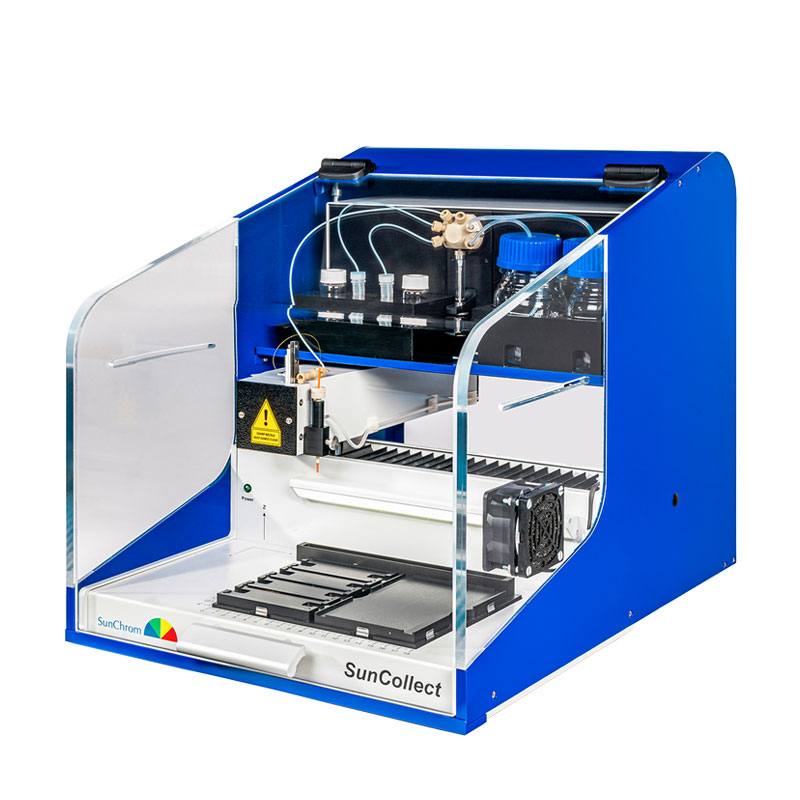 The SunCollect sample preparation device unifies five discrete instruments in one single unit: SunCollect can be utilized for

SunCollect is a compact unit that requires only a small amount of space and is completely biocompatible. All samples and collected fractions and all wetted parts are only in contact with PEEK, PTFE, ETFE and quartz.

The device is further distinguished by its high operational ease and low maintenance efforts. 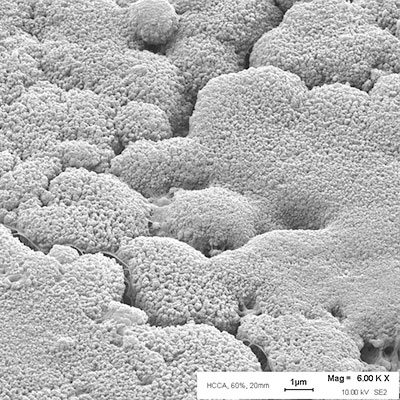 Furthermore, the SunCollect System is extremely fast: To cover a standard ITO glass slide (75 × 25 mm) it takes about 50 seconds per layer. The patented multi-layer-technique allows additionally a very high efficiency for analyte extraction while keeping the spatial resolution. Besides this special sample preparation technique SunCollect sprays matrix or expensive enzyme solutions extremely economical. Less than 200 µL enzyme solution is needed for a standard microscope or ITO glass slide for absolutely homogeneous 10 layers. This procedure is crucial for a successful sample preparation for MALDI MS. 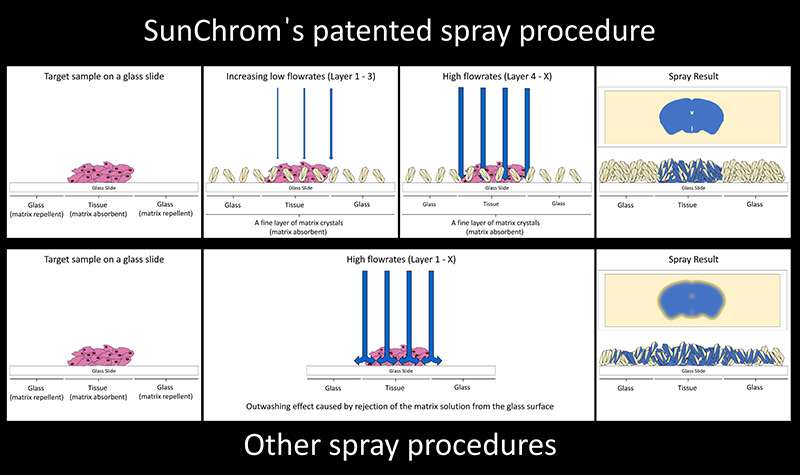 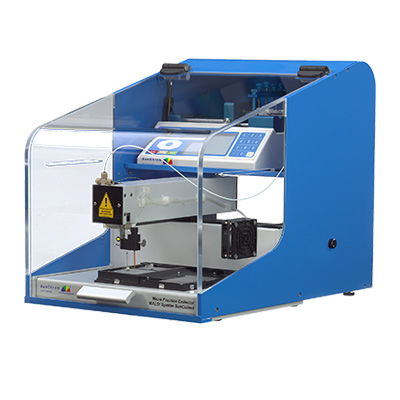 The sample preparation is often the limiting factor for a successful MALDI analysis and can be time consuming in some cases. SunCollect is engineered for high precision in combination with a very fast movement. The spotting needle switches from spot to spot in less than a second while depositing very small and precise spots of <10 nL volume at the same time. 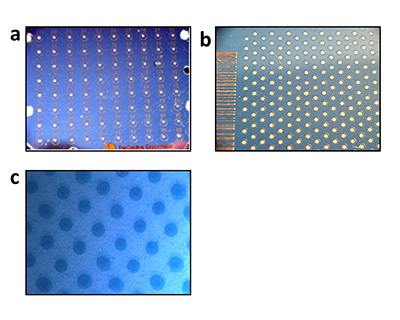 Some targets employ a highly polished plate and therefore possess a “hydrophobic” surface. In this situation, the distribution of small droplets can be difficult to control when the distance between the probe and target is very small.
However, the superb precision of the SunCollect system ensures that there is no contamination between neighboring spots, even when difficult targets are employed. 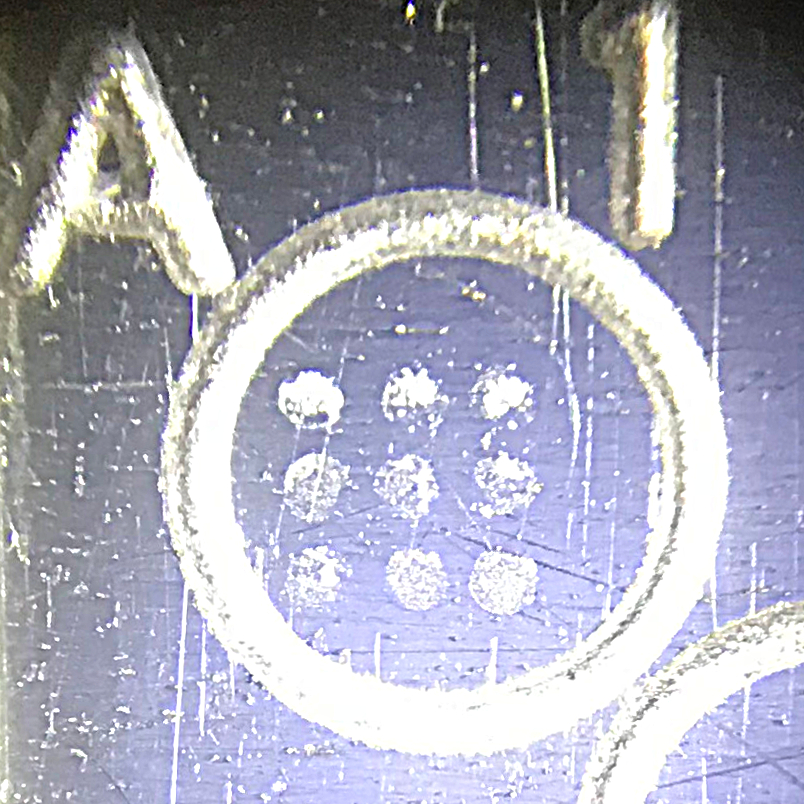 Several studies have clearly shown that the shape of the drop is optimized when:

An additional benefit is the extremely fast changeover from spot to spot (less than 1 sec) that allows fractionation even at high flow rates (e.g. with Micro-HPLC). As an example, the spots in the picture on the left were collected with a fraction time of 1 sec. The probe needle is made of 360 µm OD quartz to ensure very small and precise spots.

This leads to superb sample deposition with precise spot size and position. Spot volumes can be as low as 1 nL.

Also the use of our high precision matrix dosing pump enhances the MS results in comparison to manual matrix pipetting. 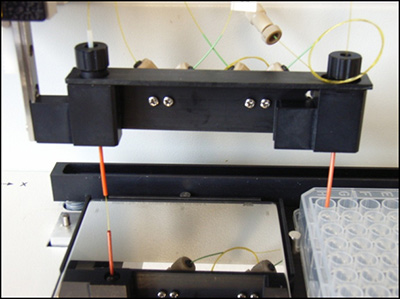 Collection of sample on two targets or MTP allows the simultaneous deposition of the sample on both MALDI plates and micro titer plates, especially when high flow rates are employed.

A second application of the collection of fractions in two distinct devices leads to the use of 2-dimensional Micro- or Nano-HPLC. In this case, commonly most of the sample from ion exchange separation (1st dimension) is saved in a micro titer plate and used for second orthogonal separation (e.g. reversed phase). 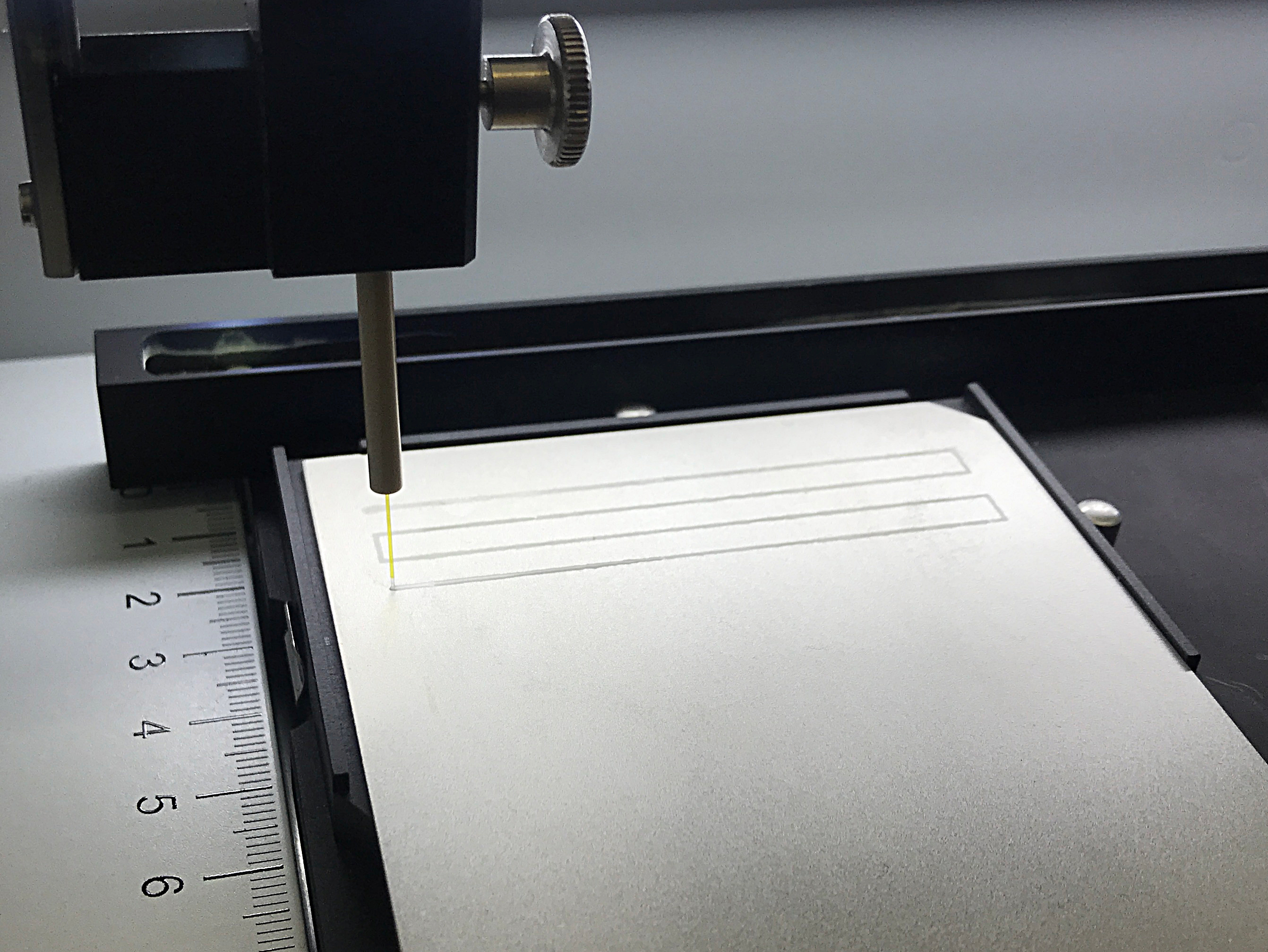 The collection of the eluate in drops or spots can be very often disadvantageous because of possible remixing of compounds separated nicely on the column, but collected in a single spot. In comparison to online HPLC-ESI/API-MS technique MALDI is an offline approach with a discontinuous interface between HPLC and MS.

In order to overcome this issue, SunChrom offers special developed targets for ABI and Bruker MALDI MS, where the sample needle remains on the target surface and moves continuously along the surface, depositing eluent mixed with matrix in meandering lines (see picture on the left). An air blower dries these lines rapidly without remixing of compounds due to diffusion.

This target has a special surface without any coating to ensure the creation of a continuous line without interruption at any eluent composition from 100 % water up to 100 % acetonitrile.

If desired, more than one separation can be placed on a single target. After drying and inserting the target into the MALDI-MS, the laser beam of the mentioned ABI and Bruker MALDI can follow the lines in a continuous manner generating similar results to an online approach like HPLC-ESI-MS.